Today we take a quick look at what a home media server is and the main components that make up a media server setup.

First, let’s take a look at what a media server is.

What is a Media Server?

A media server is a network device which acts as a central location for users to access media files on a network. There are three main components to any media server system:

All of these three components must be able to talk to each other – typically they are connected by a local area network (but it may also be connected by wireless methods). 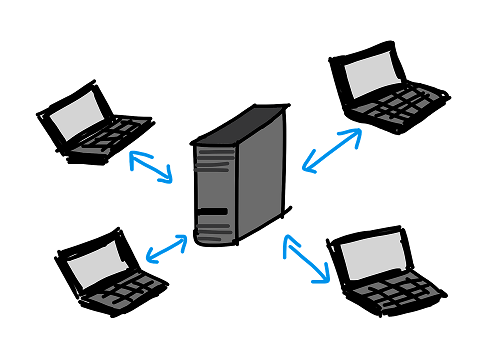 Finally, a media server system also needs to have appropriate media server software to allow users to actually communicate with the server and access files. We’ll talk more about this later.

Just like there are many different ways to skin a cat, there are a variety of ways to set up a home media server. This can be good because it means you can customize a solution to suit your needs, but it can also get confusing.

One thing to note is that strictly speaking, a ‘media server’ is different to a ‘media center’.

A media center is a simpler device which doesn’t necessarily allow for networked connectivity to the media files. Instead a media center is typically directly connected to a TV by a HDMI cable or similar. Some people often set up media centers for their home in the form of a computer located at their television (also known as a home theater PC, or HTPC).

A HTPC can also sometimes be set up as a media server, and the two terms ‘media center’ and ‘media server’ are often interchanged (even though they are technically slightly different), which can add some confusion to those just learning about these devices.

The main point to take away here is that there are a few different configurations that you can set up when dealing with a media server, and sometimes you may just be after a less complex media center rather than a server.

Why Use A Home Media Server?

The main purpose of a home media server is to allow you to easily access central media files from multiple devices within your home.

For example, you might have movies stored on your computer which you want to view on your television. Or you may wish to transfer files easily from one computer to another in your household. In both of these cases, a home media server  will make the job much easier.

The main benefit of a media server is that it can store all of your media files – music, movies/videos, photos etc. – in one central location and all client devices can then easily view the media.

If you live in a share house where multiple people contribute to and also like to consume media, it makes sense to centralize everyone’s media files using a home media server arrangement so that everyone can have easy access to the media. 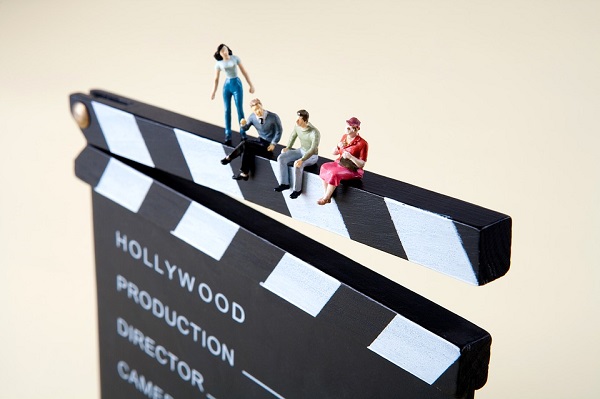 An example of a very simple home media server arrangement is a computer (which in this example acts as both the server and storage device in one) that is configured with media server software (e.g. plex).

This may communicate with a client such as a networked ‘smart’ TV, other computer which are set up as clients, or even your mobile phone (over wi-fi). Any client wishing to communicate with the server must have a suitable client software installed to allow it to ‘talk’ to the server.

Devices That Can Be Used In a Media Server System

This list will give you an idea of possible devices that can be set up in a media server system. As you can see, there are many different options for each component, which means that the exact configuration of any media server system can be unique depending on the setup.

As we mentioned previously, in order for client devices to be able to access the media files, they need a method to do so. For example, if you have your TV and wanted to view a movie file off your media server, you need some way to tell the TV to play that file.

Keep in mind that not all TV’s/phones/tablets may be compatible with your system’s media server software. It  is worth investigating compatibility during the research stage of your media server project if you are planning on doing a DIY setup.

A home media server is a system set up for use within the home, and consists of a server, storage and one or more client devices. Each device in the system must have a suitable media server software installed on it to allow it to communicate with other devices in the media server system.

The main benefit of setting up a home media server is central access to media files and ease of sharing among multiple users or client devices.

If you have any questions about home media servers, just leave us a comment below. We’ll be looking at how to set up your own home media server, media center, and home theater PC in later posts, so stay tuned!